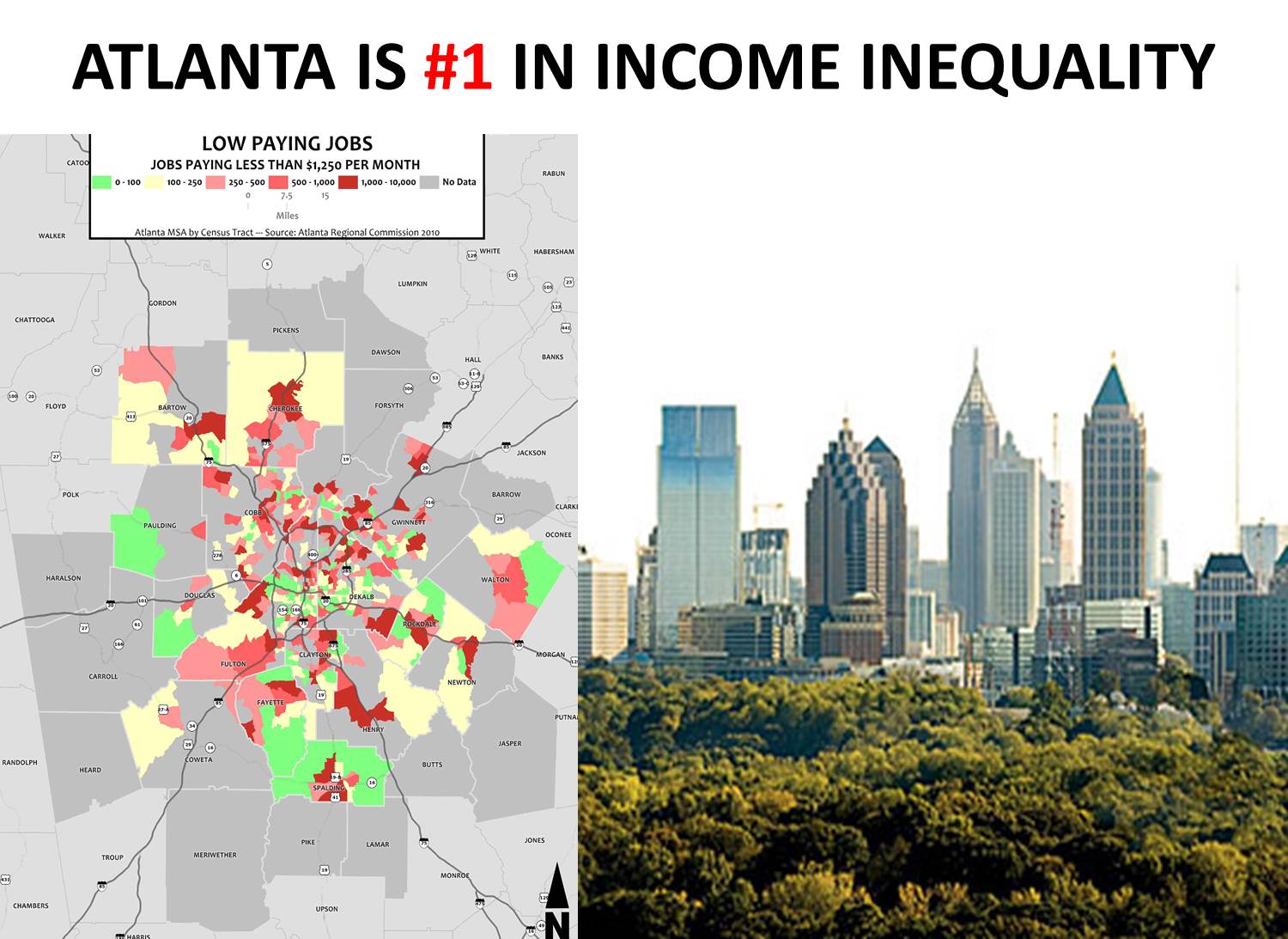 Partnership for Southern Equity’s leader Nathaniel Smith shares his opinion on Atlanta’s Inequality Problem in Creative Loafing Op-Ed:Everyone’s to blame for income inequality.So what needs to be done to fix the problem?

Now that the righteous indignation has quieted over a recent report that the income gap between Atlanta’s rich and poor is greater here than in any other American city, we can’t allow business to go on as usual.

When the Washington, D.C.-based Brookings Institution released its findings that the average annual income for the poorest Atlantans is about $14,850, while the richest earn an average of $297,827, or 18.8 times more, some people were shocked. Adding to the insult is another study that found Atlanta is one of the worst regions in the United States for young people to change their circumstances and rise above poverty.

How could this happen in the cradle of the Civil Rights Movement, the black mecca where African-American millionaires are as abundant as dogwood tree blossoms in the spring? How could this happen in a city that markets itself as the capital of the New South because of its progressive ideologies and its commitment, at least in theory, to fairness? It happened because we — all of us — allowed it to happen in some way or another, from policy making to regional planning and from just being silent. CONTINUE READING