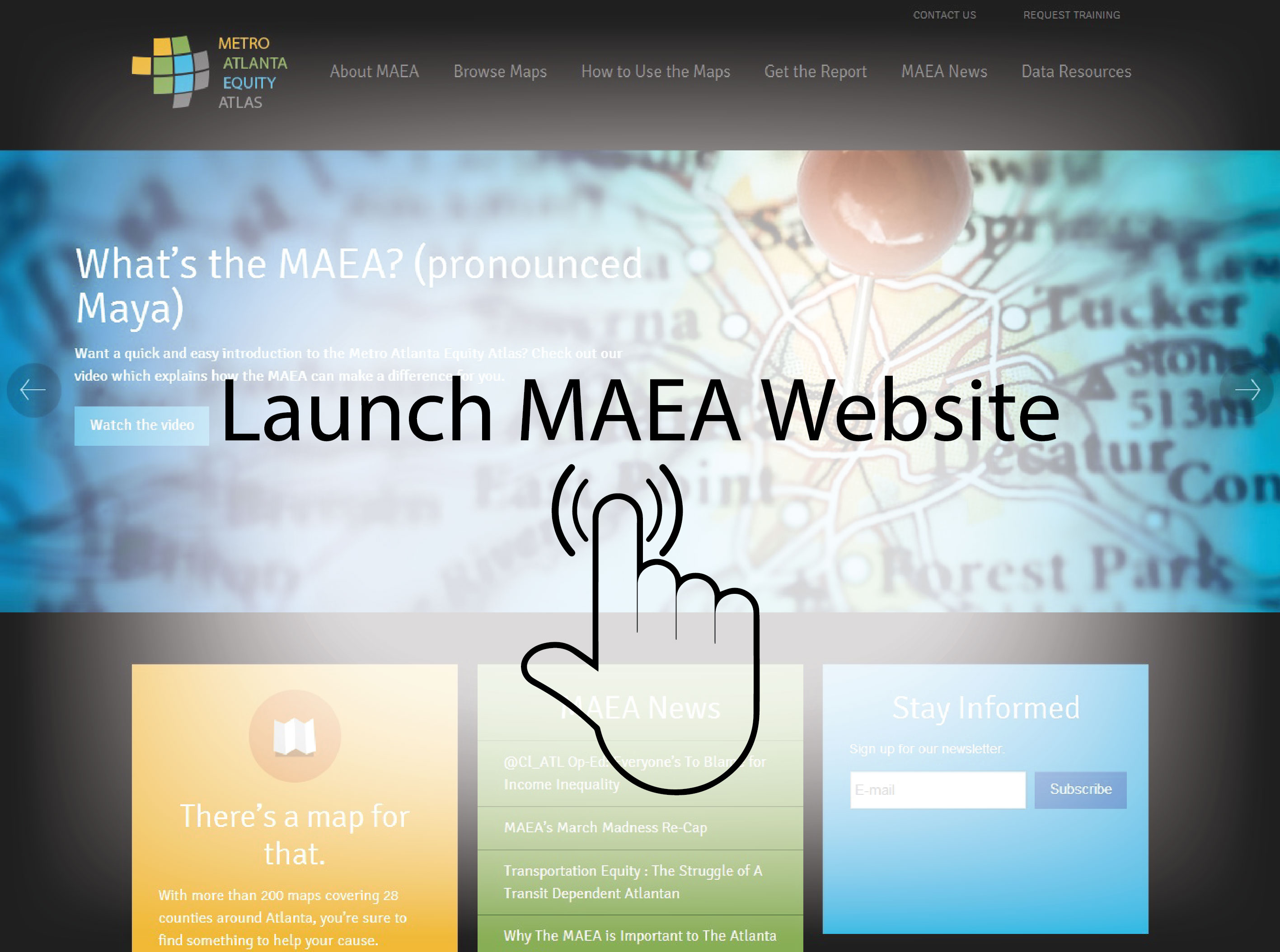 Our Metro Atlanta Equity Atlas (MAEA) is featured on the Federal Reserve Bank of Atlanta’s Website in a piece called “Online Tool Aids Atlanta Policymakers, Community Members” Below is a short excerpt

Metro Atlanta by the numbers
The Atlanta metropolitan statistical area (MSA) of 28 counties is home to roughly 5.3 million people, according to the 2010 Census. It is the seventh largest region nationally. Atlanta’s population grew by 24 percent over the past decade, due largely to an increase in the minority population. The metro Atlanta region is home to roughly 148,000 businesses and is ranked 10th largest in gross domestic product (GDP) nationally and 38th in global gross GDP, according to the Metro Atlanta Chamber.

The metro Atlanta region can be an attractive home for individuals and businesses alike, but the economic prosperity of the region is not evenly distributed. There also appears to be disparate treatment and disenfranchisement of certain segments of the population, particularly minorities and low- and moderate-income people and communities.

Depending on the data source used, median family income and wealth has decreased in Georgia and in the metro Atlanta area despite some positive economic indicators. The Georgia Budget and Policy Institute estimates that Georgians’ incomes are at 1990 levels when adjusted for inflation; the median family income in Atlanta has decreased from $67,829 in 2010 to $66,300 in 2013, according to the Federal Financial Institutions Examination Council’s Home Mortgage Disclosure Act data. Further, the 2010 Metro Atlanta Chamber estimates the 2010 median household income at an even lower $53,182.CONTINUE READING