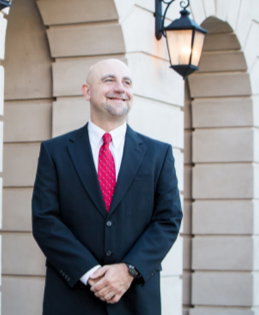 Michael D. Alexander, AICP is Research Division Chief at the Atlanta Regional Commission (ARC), a position he has held since 2006. Mr. Alexander joined the ARC in 2001. In his position at ARC, Mr. Alexander manages the annual development of estimates of popu- lation and employment for the ARC planning area as well as the ARC’s Geographic Information Systems efforts. He also is responsible for econometric modeling of regional infrastructure investments and the development of long-range regional growth forecasts. Mr. Alexander has worked on numerous planning efforts for ARC including Envision6 and the ARC’s latest adopted plan, Plan2040. Prior to joining the ARC staff, Mr. Alexander worked in Alabama, South Carolina, and Georgia in local government planning, specializing in growth and development issues. Mr. Alexander earned dual master’s degrees in Public Administration and Community Planning from Auburn University. He’s also served as a Marine Infantryman in Desert Storm.

back to Our Authors

With more than 200 maps covering 28 counties around Atlanta, you’re sure to find something to help your cause.